Finance dance was created in and for an old shipping container that was made into a large piggy bank where audience could participate in the show live by donating their pocket money as requisite for the stage. The solo was an intimate performance for 10 persons at a time. My attempt to speak about world economy brought me into dancing, into meetings with experts and physical reflections on what money actually is.

The show was later remade for stage and performed in Amsterdam (Het Pleintheater) and in Stockholm (Festival Move B Moved). 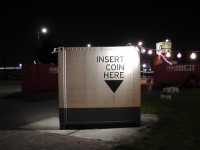 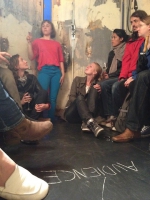